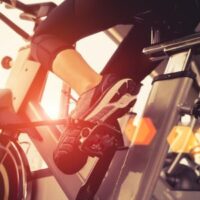 If you are a Peloton fitness guru, you need to be aware of the latest concerns.  According to the Consumer Product Safety Commission (CPSC) warned consumers that if they have kids or pets at home, they should discontinue use of the Tread+ model immediately due to reports of serious accidents.  Though the company initially resisted calls to stop selling and to recall the treadmills, they eventually responded to pressure and pulled both the Tread and Tread+, offering customers a full refund.

The treadmills have been cited in over 70 accidents.  The biggest problem is with the Tread +, in that as the treadmill runs, it has pulled pets, children, objects and even adults under the back end. Reported injuries include lacerations and bruises, tread marks defiling the skin, and injuries to the neck and face.  More severe cases have resulted in broken bones, and even serious brain injuries.  Tragically, one child was killed in an accident.  In many cases, unsupervised children managed to start up the treadmill and get themselves into trouble; but at least one youngster was dragged under the treadmill while it was in use, indicating that the hazard was real even in the presence of parents.

The Peloton Tread, which is the less expensive model treadmill, has been involved in a number of injuries as well, although for different reasons.  According to the CPSC the touchscreen on the machine has loosened, sometimes completely detaching and injuring individuals.

A Response Comes a Little Late

Although thousands of the two treadmills have been sold, Peloton certainly took its time responding to the accidents and injuries suffered by its customers.  The company originally defended the products, stating that the operator’s manual clearly explained that the safety key should be removed when the machine was not in use. Additionally, class instructors regularly reminded Peloton users of safety protocols. That meant, according to CEO John Foley, accidents must necessarily be blamed on the user, not the product.  Despite the safety commission’s intense urgings, the company balked at intervening to prevent further accidents.  Ultimately, of course, they caved to pressure.  Nonetheless, the number of recorded accidents is alarming, and we have no idea how many issues have occurred outside of headlines.

There are laws on the books designed to protect consumers from harm that comes from the negligence of manufacturers and those associated with faulty products.  Without question, Peloton owed a duty of care to customers and their families—and even their pets.  Is it reasonable for a consumer to assume that their treadmill is only safe if it’s locked up in another room where kids and pets have no access?  Of course not!  Besides, it’s been documented that even adults and supervised youngsters and pets incurred injuries from the treadmills.

The Baltimore personal injury attorneys at the Law Office of Hasson D. Barnes prosecute cases like this every day.  It’s time to hold big business accountable.  If you have incurred serious injuries as a result of a Peloton accident, schedule a confidential consultation in our Baltimore office today.