Four Things You Should Know About Contempt in Family Court 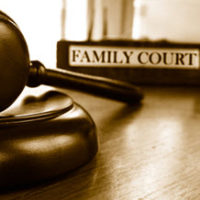 If a party fails to comply with a family law court order, they are subject to contempt charges. What is contempt? The long version of this charge is called “contempt of court.” Contempt is conduct that disrupts or obstructs a court order or a court proceeding. In general, actions that can result in a contempt charge are those that involve the continuous or repeated failure to follow court procedures and a court decree.

In the family law realm, parties are often held in contempt for failure to make support payments (child support or alimony) or the failure to adhere to other specific instructions set out by the court in a family law decree. If the parties agreed to certain actions in a decreed separation agreement, and they fail to abide by the agreement, they could be held in contempt. For example, disobeying a court order to pay for a former spouse’s health insurance could potentially result in undesirable consequences.

There are two general forms of contempt: civil and criminal contempt. Civil contempt serves as a mechanism to convince a party to perform a certain action for the benefit of the plaintiff. If they fail to perform, they are punished so far as they refuse the required action. Criminal contempt, unlike civil, is an offense punishing certain acts that are deemed to have usurped the authority of the court. Notably, unlike in civil contempt cases, criminal contempt affords parties all the procedural protections normally afforded to criminal defendants. This includes the right to a trial by jury, to call witnesses, and to testify on one’s own behalf.

Avoiding a contempt charge is not complicated: you must abide by all court procedures and orders. Though, the former is usually much easier feat to accomplish. This is because a large percentage of individuals found in contempt are charged on the basis of failure to follow a court order. In the family court setting, this usually comes in the form of failing to make child support or alimony payments. In other circumstances, individuals are charged for not following civil protective orders instructing them to perform or refrain from performing certain actions. Following court rules comes down to working with an attorney who will instruct you accordingly. However, failure to make support payments requires keeping the court informed about any changes to one’s financial situation. If a modification of the support order is necessary, parties should consult with an experienced attorney to ensure compliance.

Get Help From a Baltimore Family Law Attorney

Parties must always take family court orders seriously. Whether it is due to financial hardship or a basic refusal to meet a court order, an inaction could potentially land a person in jail. Alternatively, if you are looking to have a court order enforced, you have the right to petition a court to bring contempt charges. The experienced Baltimore lawyer at the Law Office of Hasson D. Barnes, LLC is here to guide you through this process. We will provide you with aggressive representation on all your family law matters. Contact us now for a consultation.