When Drivers Leave The Scene Of The Accident 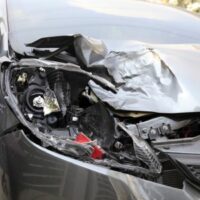 A motorcyclist crashed into an SUV one August afternoon in Linthicum Heights when the SUV attempted a left turn in the path of the Harley.  As the driver ran off, three passengers remained with the vehicle and gave authorities information about the driver, whose failure to yield caused the motorcyclist to be thrown from his bike; he was taken to a nearby hospital with life-threatening injuries.  The sad fact of the matter is that yet another innocent person was seriously injured due to the negligence of another, and that person chose to run away rather than stay and render aid or take responsibility.

The costs of hit-and-run incidents is enormous in terms of human suffering, economic incumbrances, and sometimes in the severity of injuries that remain untreated for a period of time if the accident is not reported. Victims and their families have the added burden of trying to understand how another human being could be so callous.  That being said, these incidents are on the rise across the country, with at least one hit-and-run collision occurring every 43 seconds somewhere in America. That comes to nearly 800,000 such accidents annually, with over 2,000 resulting in fatalities—or about five to six percent of all traffic fatalities. Unfortunately, only about half of offenders in these cases are ever identified.

Who Could do This?

Although it is impossible to comprehensively profile hit-and-run drivers, there is some information that can be analyzed based on offenders who are eventually identified according to AAA.  There is a greater likelihood that these drivers share the following characteristics:

Various motivations spur one to run, from fear of going to jail to panic in the moment.  In some situations, drivers simply believe they can get away with it without being caught, or that the consequences of staying at the scene outweigh the consequences of potentially being found out.  One study contends that when drivers believe they are at fault, there is a greater likelihood of running. Certainly, some drivers are so inebriated that they aren’t making any rational decisions one way or the other.

When a driver is involved in a hit-and-run case in Maryland, there are severe consequences upon identification.  If the accident results in serious injuries, perpetrators could face $5,000 in fines and five years behind bars.  A fatal accident could double those penalties (Maryland Transportation Code § 27-113).  The Baltimore personal injury attorneys at The Law Office of Hasson D. Barnes, LLC are determined to prosecute such offenders to the fullest extent of the law.  If you or a loved one has been the victim of a hit-and-run collision, contact us for a confidential consultation today.