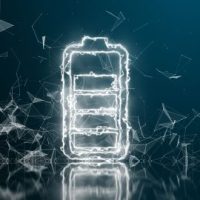 Lithium batteries are everywhere these days, from smartphones to laptops, game controllers to E-bikes, and yes, electric vehicles. And although many people never experience danger with them, over 25,000 instances of overheating and/or fires have been reported in the past five years.  The bottom line is this:  defective batteries can lead to serious devastation.

Lithium ions are used to power many devices, and have been known to spontaneously combust while they are charging. In just one city, the fire department reports nearly 70 injuries and five fatalities in the first half of 2021.  But cities across the country have dealt with similar issues.  They include:

Why are Ion-Lithium Batteries Causing Fires?

When there is an anomaly in an ion lithium battery, the energy bank has a risk of overheating, leading to fires and/or explosions. The technical explanation is rather complex; suffice it to say that a combination of organic solvents can be a dangerous mix.  Adding to the problem is the fact that the cathode may release oxygen, feeding the fire and sustaining it despite efforts to extinguish it.

A number of safety tips can improve your chances of having an uneventful relationship with ion-lithium batteries:

Call 911 immediately if a battery:

Unfortunately, even with proper care, lithium batteries can surprise you with a fire.  Besides, many of these fires have occurred in apartments, impacting people who didn’t even own the fire-causing battery in the first place. So after one of these tragedies occurs, where does it leave you?

If you or a loved one has been the unwitting victim of a fire that was caused by a lithium battery, what recourse do you have?  At The Law Office of Hasson D. Barnes, our informed and adept Baltimore personal injury attorneys can help you navigate your legal questions.  To connect with an advocate who cares about you, schedule a confidential consultation in our office today.