How To Pursue Changes To A Parenting Plan In Maryland 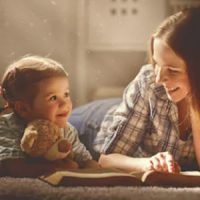 If you’ve been divorced for any period of time, chances are life has changed since the time the custody agreement was initially written. If you’ve been considering requesting changes to that agreement, you should know that while it is possible, it will take some time, energy, and a form or two!.

Remember, the primary goal of the court is to make decisions that are in the best interests of the child. When the former custody arrangement was decided, presumably it was done in that spirit.  Modifications to that agreement are going to require convincing evidence that changes will benefit the child. What might that be?

A Material Change in Circumstances

Essentially, changes will be based on a parent’s ability to demonstrate that either circumstances have changed dramatically for one of the key players in the parenting plan, that one parent is not abiding by the current agreement to a significant degree, or that a child is in danger under the current agreement.

Best Interest of the Child

Let’s say the court agrees that there has been a material change.  The next hurdle is demonstrating that a change in the custodial agreement would benefit the child. Will you be more available to the child than the other parent?  Can you provide a safer environment in which the child can learn and grow? Are you motivated to seek changes to the agreement because you truly believe it is in the best interests of the child, or are you looking to get revenge on your former spouse?  These and other issues will be considered.

The first step in any effort to modify custody is finding an experienced Baltimore child custody attorney to help you put together a convincing case.  At The Law Office of Hasson D. Barnes, we are committed to fighting for the best possible outcomes for our clients.  Schedule a confidential consultation in our office today.