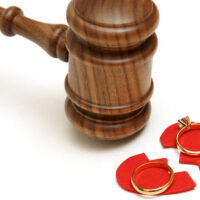 You thought your marriage was good.  Sure, there were ups and downs, but that’s all part of the process of building a life together.  Or so you thought.  Once you discovered your spouse was cheating on you, you had to admit that the marriage was untenable.  More than that, you found yourself fighting back the urge to do something wicked to get even.

Adultery as Grounds for Divorce

It is possible to get an immediate divorce with no waiting period if adultery can be proven.  You simply need to demonstrate that your spouse had the opportunity and desire to participate in extra-marital activities.  To be clear, having your spouse simply admit to an affair is not enough.  There must be evidence of the activity, including third party corroboration.  Adultery as grounds for divorce can be used to determine custody and alimony, so it is important to present a well-documented case.

For years, spouses were not allowed to sue one another for harm one caused another in Maryland.  But interspousal immunity was abolished in 2003 with the Bozeman v Bozeman case, which allowed for marital torts, or civil suits, in situations where one spouse’s actions lead to another’s harm.  While generally applied in cases of intentional harm inflicted through domestic violence, it is possible to file a tort against a partner who, say, infects another with an STD.  If that is the case in your situation, your local divorce attorney can advise you further.

You may have heard about lawsuits centered on alienation of affection.  Only a handful of states allow these suits, where an injured individual can sue their spouse’s lover for alienation of affection.  Maryland, however, does not allow for such suits, which are based on archaic laws dating back to England which considered a woman to be her husband’s property.  Just as a man could sue a third party for stealing his horse, he could sue one for stealing his wife.  That law disappeared years ago here in Maryland.  If you are seriously contemplating this type of action, however, there are options, if not extreme…

Are You Willing to Establish Residency Elsewhere?

Alienation of affection is not permitted in Maryland, but, as alluded to earlier, there are states where such cases are brought with some regularity.  Those states include New Mexico, Utah, North Carolina, Illinois, South Dakota, Hawaii and Mississippi. Filing a case would mean you’d have to move to one of these places, establish residency, and file for divorce, all before your spouse gets wind of what you’re up to.  Otherwise, your spouse could file for divorce here in Maryland, giving Maryland courts jurisdiction, and eliminating any chance of a successful end-run.

Payouts for Such Lawsuits

A successful action could net you big bucks.  One North Carolinian who filed a lawsuit for alienation of affection was awarded three-quarters of a million dollars for his trouble.  In another case in 2010, there was actually a $9 million score!  It simply requires proving that your spouse’s lover destroyed an otherwise happy marriage.

Your Goals in Divorce

Divorce is an emotional endeavor; what’s fueling yours?  Whether it’s disappointment, anger, or a quest for revenge, the Baltimore family attorneys at The Law Office of Hasson D. Barnes can provide the guidance and legal prowess to help you attain the best possible outcomes.  Secure a confidential consultation in our office today.