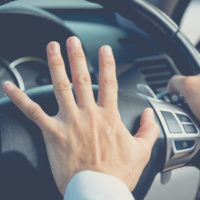 A Sunday afternoon drive near on the Beltway near Hartford Road turned catastrophic for one woman, who appears to have been collateral damage in a road rage incident that involved two other vehicles. The woman was guilty of nothing more than passing the other vehicles, whose drivers appeared to be involved in an argument. One of those drivers pulled out a firearm, let off at least one shot, and then sped away. Meanwhile, the injured woman was rushed to an area hospital in serious condition. Sadly, this event is not an anomaly.

Enraged drivers are becoming more aggressive all the time. According to the National Highway Traffic Safety Administration, almost four in ten instances of highway aggression involve the use of guns. Equally troubling is that the number of highway deaths nationwide connected to aggressive driving approaches 70 percent. Right here in Maryland, aggressive driving has had serious consequences. The human and property costs have been extensive, in 2016 alone there were over 4,300 crashes directly linked to aggressive driving:

What Leads to Road Rage?

When asked, drivers with a history of road rage report that there are situations that literally drive them crazy:

That last one is particularly interesting, in that half of survey respondents say they respond to other aggressive drivers by behaving with precisely the same recklessness and rudeness that they were subjected to. Two percent report going so far as to actually try to run the offending driver off the road.

Aggressive driving, defined as participating in maneuvers that endanger the safety of oneself and others, is against the law. When an individual engages in three or more aggressive acts, or in one behavior for a period of time, they may be ticketed and fined (MD Code, Transportation Article, §21-901.2). When injuries result, the consequences become more serious.

If you are the target of road rage, state officials urge you to call 911 immediately to report the problem. If you or a loved one experiences serious injuries due to the accident, you deserve the aggressive legal talent of the team at the Law Office of Hasson D. Barnes, LLC on your team. Contact us in Baltimore for a confidential consultation today.